REVIEW: To The Moon with ABAASA!

One of the best things about the Ugandan music industry is the amount of talent it has to offer. In the last couple of weeks alone, we have had an album dropped by Trap’kid Brizzy, a new music video for the Teli Kuzikiza remix, the Kampala Boy album by Flex D’paper, a new Raha single and video by Navio, Abofa EP by Mun G, and a lot more. However, that is only just in the world of UG Hip Hop.

Earlier this week, Abaasa released a new video for his single, “Satellites”. Abaasa is back with yet another fresh song where he shows off his vocal range and a neat selection of harmonies, embedded in an instrumental that is laced with a variety of traditional African instruments, as he so often does. At the 2017 Uganda music awards, as well as the Club Music video awards, Abaasa swept both awards for video of the year, so you might want to check out the new ones too.

Last month, we reviewed Kohen Jaycee’s WENA II Project. (Click here if you missed it) The project featured Abaasa, both as a singer and a producer. Over the years, he has given us a number of great Hip Hop collaborations as well, working with artists like The Mith and Ruyonga to create a few gems.

Some of you might remember him from the numerous great performances; singing and drumming live with Lilian and The Sundowners. If you have never seen Abaasa perform live, here is a chance to rectify that! XpressionsUG is taking you To The Moon with Abaasa, live on Sunday 19th December 2021 at Icon Lounge.

That will not be the end of this journey. Abaasa has more in store for us and will be releasing his new project, Mountains of the Moon, on Monday 20th December 2021. We’ve followed his career from his EP Rukungiri and his debut album 1947, and we are looking forward to seeing/hearing what new tricks he might have up his sleeve.

Several artists and producers try to teach themselves these things based on feel and practice alone, but Abaasa is a fully certified professional. He has a diploma in audio engineering, a degree in audio production AND a Masters degree in Entertainment Business. The Total Package.

I don’t know about the rest of you, but we are ready! 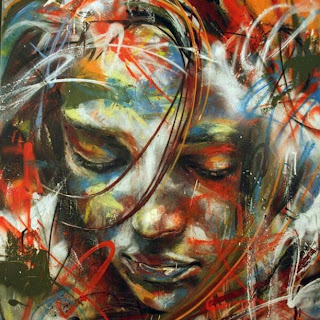 By @paulothewriter   At this point, it’s completely safe to say that Lagum is competing in a league where he is the champion and the ... Read More