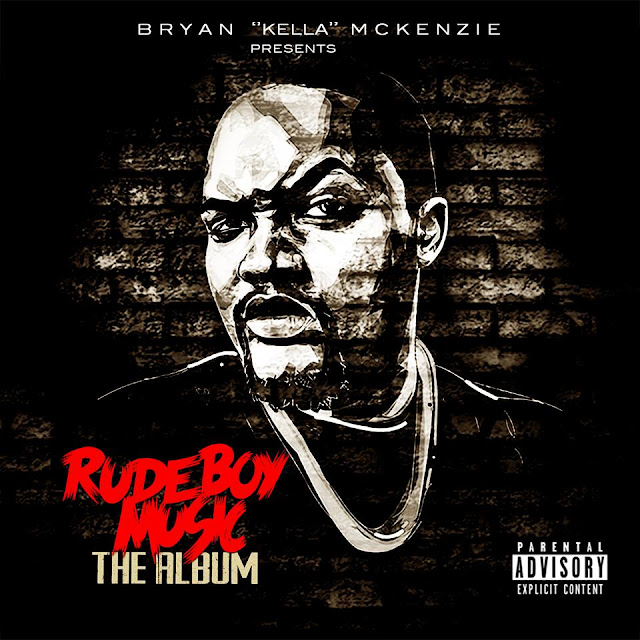 “RUDEBOY MUSIC ALBUM THE ALBUM”  is one of the hip-hop projects that I’m personally interested in. For those of you just coming across or hearing about RUDEBOY MUSIC THE ALBUM for the first time let me break it down for you. This project is Mckenzie’s way of celebrating 10 years in the radio and the hip-hop industry put together. One of the reasons I have a huge nterest in this album is I want to hear what Mckenzie has to offer after 10years in the industry. I remember the tracks he did back in the day like All about me with Harris, Took me a While” with Lyrikal Proof , Cover the town, which I still bump on my laptop once in a while but they never materialized into an album or a mixtape.

He later went on to create the “Rudeboy Music'” imprint through which he released songs like Inside My Heart that features Ruyonga, Straka Money featuring BigTril. Although Mckenzie doesn’t rap on these songs like on the previous ones back in 2009, he always has a way of getting the artist he’s featuring on the beat to get his message across which makes his songs/projects different and dope. Back to the current album, Mckenzie recruited Baru, Aethan & Samurae for it’s production.

According to Mckenzie, the album is not apologetic, it’s not a thank you but it celebrates and represents Ugandan hip-hop. As far as it’s release, the album is 80%, done its release date and other details like features will be announced as time goes on but for now here‘s a sound trailer of the album that should give you an insight of what the album is about.(Download sound trailer)

Trust JK Lubanto to give you the best fusion of genres every time he and this one with Rabadaba is no different. The combination of ... Read More

Global music superstar and business visionary Mr Eazi has shared “Legalize,” the first single from his forthcoming debut album, and one of his most personal ... Read More