Few events on Uganda’s Annual Entertainment calendar have the Appeal and the Allure that Nyege Nyege can boast about. In Three years, this Three Day Annual Festival had garnered the respect of East Africa and the World over by attracting a vast multitude of people from countries as far as South Korea , all converging at Nile Discovery Beach in Jinja , Uganda .

The Nyege Nyege crowd consists of Different Ethnic Backgrounds stretching far and wide across the Globe. I have personally attended two editions of Nyege Nyege (2016 and the recently concluded 2017 Edition) and I have this to say : You have NOT LIVED until you have respected the Urge that is, Nyege Nyege.

My Journey to Jinja this year began aboard The Jumia Party bus on Friday 1st September courtesy of the good folks at Jumia Travel. We set off from the Garden City Parking Lot at exactly 3:30PM, excitement surging through our bones and blood pumping through our veins anticipating the Weekend of Music, Madness, Partying and Fun that awaited us in Jinja. We kicked off with Complimentary Cocktails from the Pearl Guide and Uganda Waragi who, just like us, were #Loco4Coco.

The Music blazing through the speakers gave us a Warm Up of What to Expect with a compilation of Nyege Nyege mixes from some of the acts that performed last year and some expected to perform at this year’s edition. On Standby was the Crew from Urban Television ready to give our viewers a Sneak Peek of all the action on our Party Bus. We made Multiple stops here and there for our Party Animals who needed to answer “Nature’s Call” and at exactly 6:00PM, with Two-thirds of our journey complete, we kicked off a Live Broadcast of SKIZZY : Turn Up Friday, straight from the Jumia Party Bus.

As the Host of The Show, I interacted with some of the people on the Bus and discovered that we had guests from as far as Czech Republic, Germany, China and Australia who all came to Uganda for Nyege Nyege 2017. Amidst the lituation was Jumia Travel PR Manager, Cynthia Tumwine (also known as Ninja C) who kept the Party going all the way to Nile Discovery Beach. We arrived at the venue at exactly 6:30PM and I wrapped up a few Interviews at the Entrance. By 7:00PM, my show was ending but the Party was just about to start.

Hugs and Cries of Reunion could be heard across the entrance as hundreds of people reconnected with old friends all ready for Nyege Nyege, After sorting out my Entrance and Accomodation details, I walked through the gates and received my necessary Wristbands for Access to the Venue. In my own Cassper Nyovest voice, ” MAMA I MADE IT !!!!”

This Year’s edition of Nyege Nyege promised 4 Stages of Non Stop Entertainment and it was my goal to experience each and every one of them. I stepped onto what felt like the top of a loud hill and below was a sight to behold: Food Stalls, Mini-Bars, Rolex Stands, Outdoor Restaurants, Arts and Crafts, Alcohol, Freedom, Dancing, Music that made the Ground Shake, Lights that bounced and warmed your Face, Different Colours of Skin, Cultures mixing, Cameras Flashing, Languages that changed from one person to the next, Tribal Paint, Faces and More Faces, The Smell of Nightlife and the Sound of Joy. All These things filled the air.

I made my way to the foot of the hill on what felt like a really slippery path due to the rain and wondered how people could continue to party in conditions like that and i was quickly hit with this realization: People DIDN’T CARE. That was the Beauty of Nyege Nyege. It stripped us of all social standards we set for ourselves (and stripped some people of their clothes) and provided the Ultimate Down to Earth celebration of Life. And This was just Friday.

I closed my first night at Nyege Nyege at 5:30AM on Saturday and took a breather. The biggest battle was : My body needed the sleep but my Mind wanted to Party. The fact that i could hear the Music nearby was tempting enough to take me out of my bed and back to the party at 10:00AM. After a quick shower and short breakfast, the celebration resumed.

Saturday, I feel, is the Height of Nyege Nyege. It is Music at Its Most Primal, Bodies at Their Most Sexual. In a phrase, it is LIFE IN THE WILD. Every performance seemed to grow and mold its way into the next. Every DJ seemed to hold the crowd tighter in his palms. Every speaker blasted louder than the night before. Every new drop of rain made the crowd wet but gave the party more life. Every artist sang louder, rapped faster and drew closer to the hearts of those that watched and danced with them. It was at this point in the Festival that i knew, Nyege Nyege had taken a life of its own.

Saturday Night pulled in More Familiar Faces and the Reunions that started at the Entrance doubled on the Festival grounds. But it was the new faces that brought out a new type of joy. An experience that one doesn’t feel often. The feeling of talking to someone new, dancing with someone new, kissing someone new, sharing a drink with someone new, smoking a joint with someone new all added up to one thing: Nyege Nyege 2017 was designed to give its party goers something they hadn’t experienced. And to me, watching all this happen was in itself : Refreshing.

Sunday came at the Climax of the Festival. Energies spent. Strength tested. Sleep demanded. But the Urge needed to be respected. I did as i had done the night before. Quick Shower, Short Breakfast and my body begun to float back to the Vibes like a Bee to a Hive. The Bodies in front of me displayed signs of two days worth of LITUATION but no sign of backing down. The Music became more Tribal and Traditional. Newer faces showed up at the Entrance, officials running up and down to receive them and those that sought Accomodation outside the venue returned for what was built to be an epic conclusion to a 3Part Festival.

At this point, the Sun made its final attempt to bring heat back to Nile Discovery Beach. Most of the campers on site now relied heavily on water from River Nile to take a shower or wash off the mud from Saturday’s escapades but the Rain was already on its way by 4:00PM. It was at this point that i chose to humbly bow out of the Nyege Nyege Festival but judging from the events of Friday and Saturday, i knew what to expect: THE. PARTY. WOULD. NOT. STOP.

There is no way to conclude this recap that would possibly describe the feeling of Nyege Nyege in the best way or in the most complete way. This is One Man’s Experience. But the images in my mind stay vivid. Etched into my existence. Sewn into my memories. Its the kind of event you can’t experience vicariously. You need to be there to LIVE it for yourself. I finish writing this from my work desk at 11:24PM on Monday Night with a smile on my face as i review the best moments of this past weekend and make a mental promise to myself: Come Nyege Nyege 2018, I will be there.

Time to sign out : I go by the name, TimothyCODE.

REVIEW: “The Name is Rodney” by RXDN3Y MA

By @paulothewriter I hate debuts. Debuts hardly get the patience they deserve. Especially if it’s the first time you are publicly coming out with some ... Read More

Voting in the first inaugural UG Hip-Hop Awards is officially on, the voting will be by Short Message Service (SMS). Fans will be able to vote for ... Read More 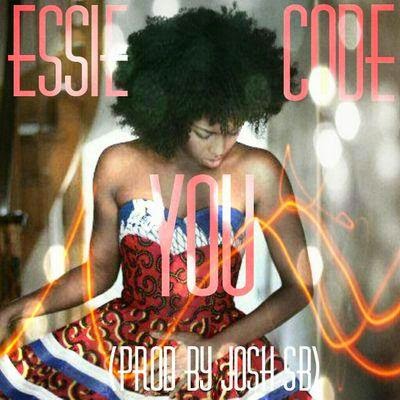