Mootownoh first dipped his feet into the UG Hip Hop industry waters a couple of years ago when he released his debut single “Clouded thoughts”. He quickly followed up the single with the hype-filled “Man like M” and later released “Blue Skies”, where he’s speaking to the ladies. Even back then, the young “Soundcloud rapper” was able to catch our attention and was nominated for Rookie of the year at the MTN UG Hip Hop Awards.

Mootownoh then took on another chapter of his musical journey as part of the 4Homies. They released their mixtape “First Take, Vol. 1”, but for many of us, Mootownoh continued to stand out among his peers! Even though he was surrounded by a talented circle, his Lyrical ability and his musicality continued to shine.

Fast forward to 2021, we had just mentioned the young rapper in Episode 2 of the first season of The Tribe UG Podcast when he hit us with a 2 track release titled Escapades! At this point, the growth and confidence were too clear to be ignored! We knew that the young rapper was bringing some special heat. He started racking up the features with his peers, and also landed his spot on the remix of GNL Zamba’s “Uganda Yaffe”.

And then came 2022! Mootownoh hasn’t been playing no games! This April, he released POUND OR SHILLING (POS) and we knew we were in trouble. Lyricism! dope hooks! straight vibes! AND Production! Mootownoh showed off his full skill-set; the total package! Yes, Production! The young rapper produces most of his songs. He’s also produced for other rappers too. In Episode 1 of season 2 of The Tribe UG Podcast, one of our favorite albums of 2021 was Cxnrvd’s R.W.A, which closes with H.B.T.N(Hallowed Be Thy Name) produced by Mootownoh.

The year has been good for the young rapper. The Hip Hop circles are taking notice of the heat he’s bringing to the industry kitchen. And there’s more! A month ago, he released “Vibrations”! Yet another Gem, featuring his fellow 4Homies alumni Papa T and Mxestro.
He’s also had a number of live performances, including his Xpressions UG and Livescape sessions, both of which he headlined like a pro! It is no mistake that Lezz called him the “Head of his class” in Episode 2 of this season of The Tribe UG Podcast.

Mootownoh has a flame-filled background, especially for a rapper that we only recently referred to as a “new kid on the block”. This includes his recent top 5 performance in the MTN Pulse Cypher. One of the only things missing from his resume was a solo music video, so we just had to work with him to bring to you the first piece from the newest property/platform on The Tribe Network: “The Tribe UG: Press Play”

This New Wave of energy from Mootownoh began with his release of Pound Or Shilling! Watch him deliver it to you in his brand new video, OUT NOW!

By @TheCountMarkula Last year, we hosted Play01 on episode 7 of The Tribe UG Podcast; he was quick to let us know that he had ... Read More 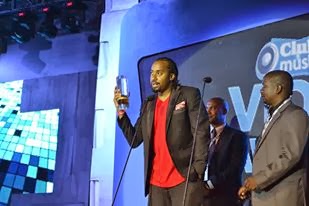 By Byaruhanga Felix (@TheNinjaFelix)If you’ve clicked that link thanks and if you don’t see your name or your favorite new skool rapper’s name below don’t ... Read More