At this point, it’s completely safe to say that Lagum is competing in a league where he is the champion and the opposition. The consistency in how he experiments to always create something uniquely different but still maintaining a familiar Lagum touch is honestly f**king impressive.

In season one of The Tribe UG podcast, we talked about his lockdown project “ISO.” The general feedback was that he packaged a well-deserving piece. Well deserving of all the hype and well-deserving of the many times many of us played it without skipping.

Listening to RZR, you have no doubt that Lagum is still at that wavelength. I mainly think this might be the best project he has done. And it will obviously remain one of the best projects he’ll ever do. RZR is a landmark.

So when we talk about music that has been created at a level where we feel like the industry has been trying to go for so long, RZR is your google maps lady saying, “you have arrived at your destination.”

I listened to the project, and I couldn’t help but feel like this is a project I will definitely listen to 10 years from now – I hope I remember.

What’s incredible is how Lagum always utilizes other artists on his projects. If this album was a franchise, Lagum is Nick Fury, and it’s an Avengers Assemble situation – haha, okay! Enough of these, but you get it, right?

Every artist that features came off a sober good night’s sleep & executed at 100%.

Looking at the tracklist, you will find a couple of new names. When these new names get down to doing their thing, you humbly respect Lagum’s good ear for who will be suitable for what song. He artfully exploits their different skills to elevate each featured track to a level he could not achieve with no feature. The profound respect I have for Lagum is largely due to his self-awareness; his ability to know when a song might sound monotonous and proceed to let someone else share that spotlight.

My favorite song off this album is “One In A Million,” which features Lamu and SoLa. Lagum goes first and lays the perfect canvas for the ladies to sprinkle all the magic their verses are dripping with. Lamu’s verse is as gracefully beautiful as she is. The Swahili blend is a new high, and if you get tempted to, don’t be ashamed to rewind a little bit and hear it more than once.

I am hearing SoLa for the first time on this track, and this is one hell of a first impression. I’d love to listen to a lot more of her music. Someone point me to where I can find it. I couldn’t find anything on the world wide web.

Other notable tracks are Some Lovin’, Keep U Around, Kampala – obviously. I struggled with Kampala the first time, but it has grown on me like Davido’s songs after the first time you listen to them.

Xenia Manasseh brought that ‘Kenyan connect,’ and she represented the 254 exceptionally. Her delivery on “Keep U Around” is such a smooth listen. It reminds you of that good RnB we don’t get anymore.

To think about it, Lagum has for a long time been on to something. And with RZR, he seems to have finally gotten there. It’s been a progressive curve like your age, and I’m very excited and curious to see where he takes it from here.

Most of the reception for this album has been great. It is one of those times where the group chat (the Tribe UG group chat) isn’t too divided.

In a world where everyone seems to have an opinion on how people create and an opinion, they think people should care about. I will join that bandwagon on this one by telling you that this album is excellent, and you should listen and agree with me.

If you disagree with me, go to Tidal, Spotify, Apple Music… Wherever you find this project and listen to it. Let’s argue in about a year, for now, let’s embrace the Ugandan urban gift that is Lagum and his incredible music.

Eligibility for Entry 1.1. Entries are open to any Ugandan hip-hop artist (as defined below) who qualifies in terms of the rules applicable to the ... Read More 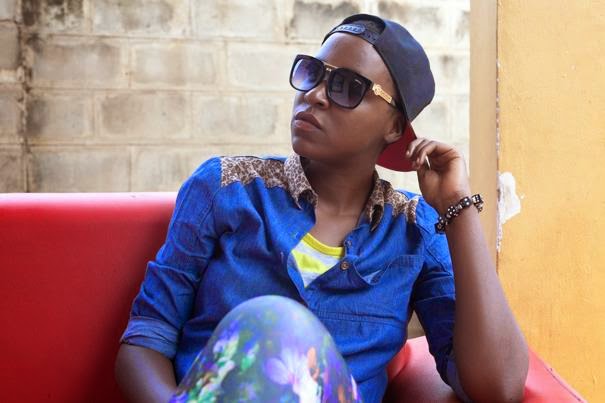 “It’s My Music Get It. Slavery Ended Decades Ago.” – Keko

On August 5th, 2012 Keko Town announced via her Facebook page that she had signed a contract with Sony Music Africa and ever since then ... Read More