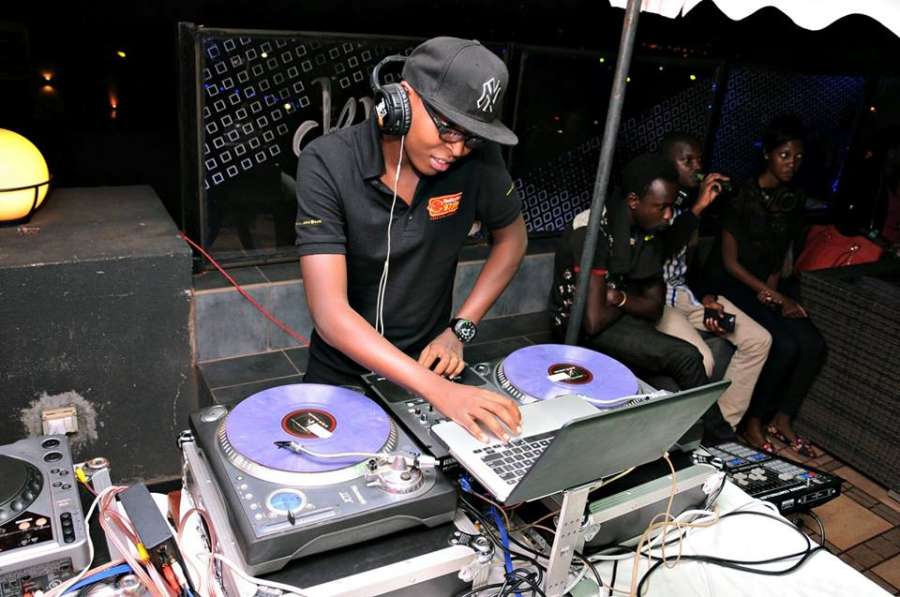 QN: We’ve seen Deejays develop their brands, headline events like yours that’s happening on 21.Nov, do you think the Ugandan corporates/companies will crossover & use their brands for example in S.A where DJ Dimplez is a Ciroc ambassador, do you see such endorsements for DJs in UG anytime soon?
With corporate cross overs, there’s evidence this has started happening, look DJ headlined events at the beach every weekend, the just concluded Kings Of Turntables, The Mixtape Party and Radiocity’s powered upcoming #CizaBBQHouseParty, the 21st. Nov at Terracotta. Trust me, the fraternity of UG DJs is also putting in work to make sure Ambassador Endorsements follow through.
QN: As Deejay means you get to work/interact with different artists & as we know sometimes it can be hard due to their big egos. How do you deal with such & any other challenges in the industry?
Yes, we do! The Djs work is to find the good music and give it to the people, as an artist, make good music and we will find that single. They, whoever need to build email databases, avoid handing us flash drives while we are on set, label their tracks – at least artist & title fields plus finally:
Dear Artists: Whatsapp compromises audio quality and Dj Ciza will not move unlabeled track “WA0000201514320” into his library, thank you.
QN: Please recommend two DJs to our readers, whom you feel deserve their attention.
Two lads: ThaDropOut & Dj SlaughterElly

MEET THE PRESIDENT END OF THE WEAK UGANDA: BANA MUTIBWA