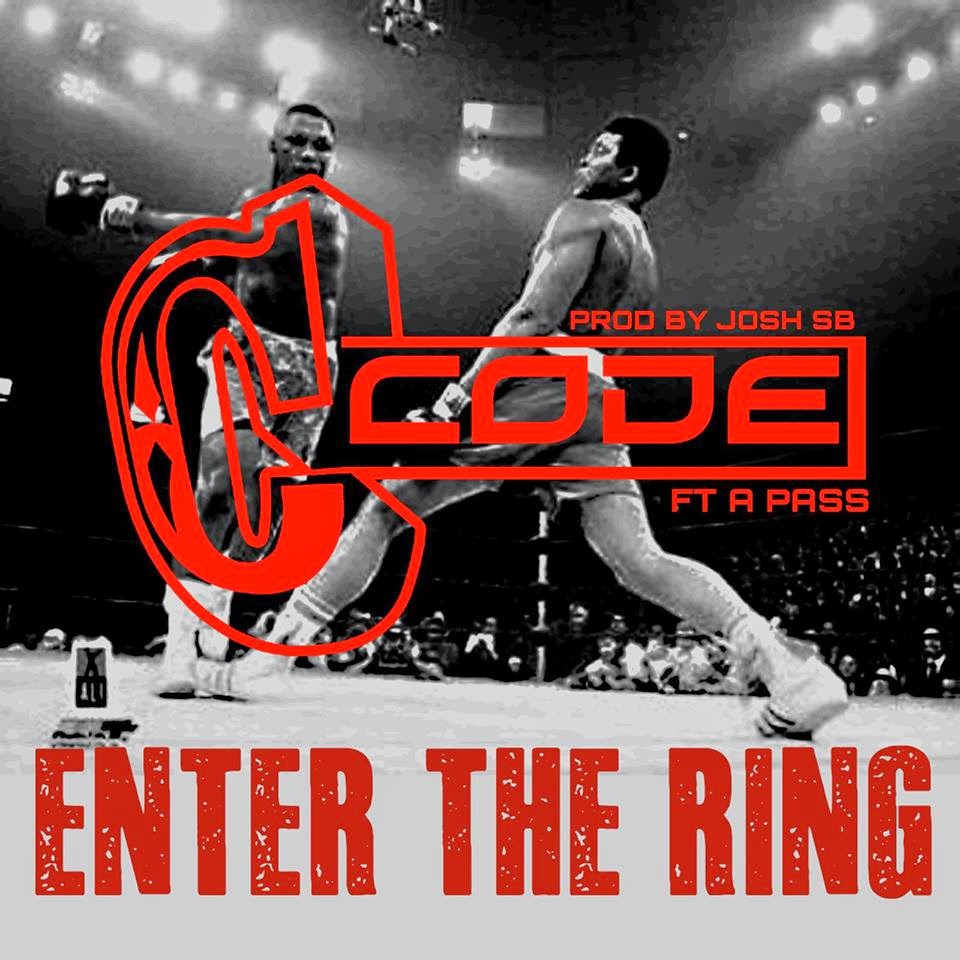 The concept for Enter The Ring came at a time where I felt that young MCs in UG Hip-Hop weren’t doing enough for themselves in as far as brand building and creating a legacy is concerned. We have talent, yes, but the gap between the more established rappers and the “new school” kept growing. This song directly challenges any New School MC to Enter The Ring with the big dogs. Battle them. Compete for Airplay. Out-rap them at shows. Build bigger brands than theirs. Let them know that the gap is closing and that we are ready to live up to their legacy – and surpass it. On a personal level, this is my way of saying, “I’m coming for you.” Originally, I was supposed to pick a verse but everyone has a favorite verse so I decoded the whole song.
[Verse 1 – CODE]
Yeah,
I am the Poster Child for New MCs (Whaaaat?)
Pen in my Holster, Finna Spray this Beat (Whaaaat?)
I open the track with the same mentality that any NEW MC should have. I feel this way and anyone who listens to my music knows there is truth when I say; I am the Poster Child for New MCs. I represent them. I speak for them. I am the definition of growth from writing lines in a prep room to sharing stages with the artists who paved the way for me. I have the most complete brand. I am the face of the New MC. My pen is my arsenal and I am determined to put this beat to rest. Permanently.
I Spit the Truth (Yes)
Have to be ruthless
Pure Flows for You Foes
That spit that Truth less
My music always has an element of honesty. Why? Because that’s the only way one can make REAL Music. Sometimes I might come off as brutally honest but if you feel offended, GOOD. Listeners won’t be deceived one bit so lying to them in a song just to up sales and popularity is the best way to fail in this industry. I have built a flow unique to CODE and the content of my music will always be a reflection of me, my state of mind and how I feel.

So, allow me to Rage War
On You Punch-Bag Rappers, You Ready to Go?
Am Ready to Brawl, am steady here making you fall
Round of Applause, When every word drops to the floor

[Verse 3 – CODE]
I must warn you
Don’t Enter the Ring with the Lord of the Rings, huh
It’s not a simple thing
Reference to the Popular Movie and Boxing in general. In the same way, the Lyrical Ring is a “kill-or-get-killed” situation. Battles aren’t what they used to be. Careers can be heavily damaged in that ring. Yet, for any upcoming MC, you need to grow through it. Go a few rounds with the best. Take that loss and Learn how to win.  It’s not a simple thing when you enter the ring with Lyrical Kings.
Never been a Puppet on the Scene, ‘Cause you never see me there
Am the Dude on the Strings
None of that Tic-Tac-Toe Rapping
Flows like K.O’s, Man that’s my Thing
Puppet-master. Dude on the Strings. Needless to say, you can see the influence some rappers have on others. You create a classic fusion of hip hop and pop and there are two other tracks that come after that which sound exactly like yours. Some go ahead and ask the producer to “ReMAKE” the beat. Others go as far as jacking your flows and song titles. Their Excuse: “…So yeah I sampled your voice, you was usin it wrong/You made it a hot line, I made it a hot song” It worked well for Jay, but won’t work for you. All because their own material is Tic-Tac-Toe. Personally, I have more than one unique flow. That way, you can’t box me in.
Funny but Music’s not a Joke to me
Am tryna make a Classic, Wanna Help? – Talk to me
This needs no explanation. If You don’t take yourself seriously….then no one will. You sound weird on your first track and your voice still squeaky but a few more nights in the booth get you where you want to be. In this business, you don’t get what you deserve. You get what you negotiate for. So get as much help as you can. Classics are hard to make. Always a joint effort. Never a one man show.
I let my pen make my statements
See, Am good with Hit songs but I’ve never been Complacent
I tried to make Trys with Lyrical Strides
Sidestepping niggas that see me with Negative eyes

I don’t brag. I let my music speak for me. I get a lot of help from a lot of the older MCs and they have given me some priceless advice. Fear No One in this business. Not even them. Stay humble but never stay idle. Keep recording. Keep writing. Keep polishing your skill. There will be traitors / negative eyes on this path so keep your circle small.
‘Cause They Scared, about me and my Come-Up
Never see me coming like a DJ Switch Up
Backspin your whole career with my Skills
Enter The Ring – See how that feels.

A few Dee-jay references here and there. The abrupt change of pace when a deejay uses the backspin effect during a set. I hoped this song would have the same effect. Before the younger MCs spiral down into the depths of mediocrity, I hope this song reminds them that there is a huge difference between a Complete Artist and an MC. Go bar-for-bar in the Ring just to remind each other that there is always more to the table that we can bring.

It was another night of showing off Uganda’s hip-hop prowess from several musicians. The night was capped off with the legendary Navio, one of Uganda’s ... Read More

Chronixx – Cool As The Breeze/Friday

Today, Chronixx unveils his new song and video, “COOL AS THE BREEZE/FRIDAY” a heartfelt dedication to his beloved Kingston, Jamaica. The stream of releases continues ... Read More 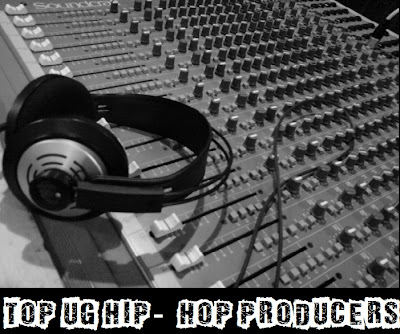 By Byaruhanga Felix(@TheNinjaFelix)Hip-hop is one of the fastest growing & highly competitive genres in Uganda. While the lyricists may get all the credit, we at ... Read More