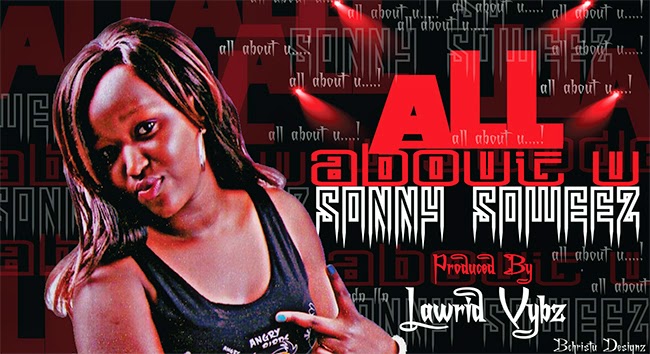 By Byaruhanga Felix (@TheNinjaFelix)
After the “No Other” release back in March, Sonny is back with “All About You” whose story line is based on a true story. All about you was officially released on 23rd August and it premiered as Sonny’s first solo project. Mostly, we have listened to her on features or on tracks where she features people like Essie, Benny Black Ciddy & others.
On a Lawraid Vybz crafted beat, Sonny melodically croons across a solid R&B beat with her lyrics that will make you stay to listen. It’s no surprise that whenever Sonny gets on a track, you will get the best of her, which shows that she knows her way around making a great sound.
She’s always on her A-game no matter the project be it a hip-hop track or one of her R&B ballads which makes you look forward to her next project. She’s already working on three other projects but for now, it’s all about you. Enjoy! [Download]

By @TheCountMarkula   In 2019 (before covid), Kohen dropped the WENA EP. The Project had a number of crowd-pleasing bangers like "Twala Nze" and "No ... Read More

'Some Ka Money' is it, what's more anthemic for these corona virus pandemic times where everyone is holed up and locked down in there hood ... Read More

iZAYA THE COMPOSER's debut album titled Stinkin Rich was Inspired by a BBC documentary he watched during the COVID 19 Lockdown titled "This is Congo" ... Read More